Recently Released and Coming in 2014

Hello everyone! This is Sharron’s assistant helping her out. She has so many new things going on and not enough hours in the day. So I am here to share all of the exciting news.

To begin Sharron has a new young adult book out called Sin. It was released January 12th, 2014. It can be purchased as a digital download at Amazon by following this link here. 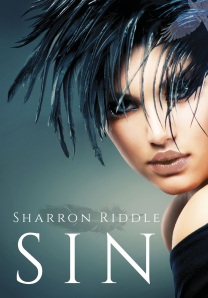 My name is Sin. I killed a man in self-defense when I was sixteen. Not something a girl wants to brag about. My dad wanted to lock me up in the nut house, but Mom sent me packing to my great aunts in St. Charles, IL. They’re ancient druid priestesses, and they make me look like a pacifist. I’d barely unpacked before the aunts sent me to find the stolen hellhounds. Without the hounds to herd them to the underworld, the souls of the dead are flocking to the cities in murders of crows. If they’re still hanging around after three days, they’ll turn into flesh eating, brain feasting zombies. Van, an annoying but uber-hot fairy Prince, joins us in the hunt to find the hounds before the zombies overrun St. Charles and turn the cities into cemeteries. 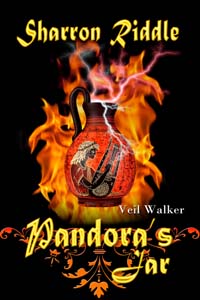 It’s hard enough being seventeen, but when your boyfriend’s a were-panther and your mom’s dating a soul sucker, things can only get worse. Pandora’s seen ghosts since she was a kid. She’s a veil walker and she can bring back the spirits of the dead, but why would she want to do that? She has enough trouble getting rid of the ones stuck on this side. One annoyingly perky ghost wants Pandora to find her killer. Her boyfriend, Joseph, doesn’t like the idea, but Nancy can get pretty pushy when she wants something. When Nancy identifies her killer, she begs Pandora to confront him before he can kill again. But her plan backfires and the killer drags Pandora to his killing grounds in the woods. Will Pandora suffer the same fate as his other victims or will help arrive in time to save her?

A secret government project loses control of its genetically engineered assassin who sets out to torture and murder a woman she decided has tried to steal her husband. With powerful officials stopping the investigation to cover their involvement, the victim employs a family of private investigators to protect herself and her young daughter. As a CAT 5 hurricane blows into coastal Florida, Gary Orten, one of the PI’s must chose between saving his brother and his charges or his own sister, who has gone off on a dangerous investigation of her own.

Lights flicker and bulbs explode when the walking sticks arrive. Still, Kerry Kingston is thrilled with the gift from her aunt. Until a stick moves in her hand. Her cat Leo won’t come out of hiding. Her best friend Riva buries the creepy things in the woods, but that doesn’t silence the beckoning voices. Kerry unearths them, hides them in her cellar, but the sticks won’t be ignored. As madness slowly consumes Kerry, Riva tries to break the spell of the sticks, but one disastrous night everything tumbles into chaos. Kerry, Riva and another girl all grasp the sticks at the same moment, awakening an ancient, evil magic. The spirits of three murdered sisters root themselves in their hosts, slowing killing them to take their places. As she slowly turns to wood, Riva and her boyfriend, Nick must break the spell. But when faced with a hard choice, will Nick kill one to save the girl he loves? Or will they find another way?

So as you can see Sharron has been very busy. We will let you know the release dates when we have them.